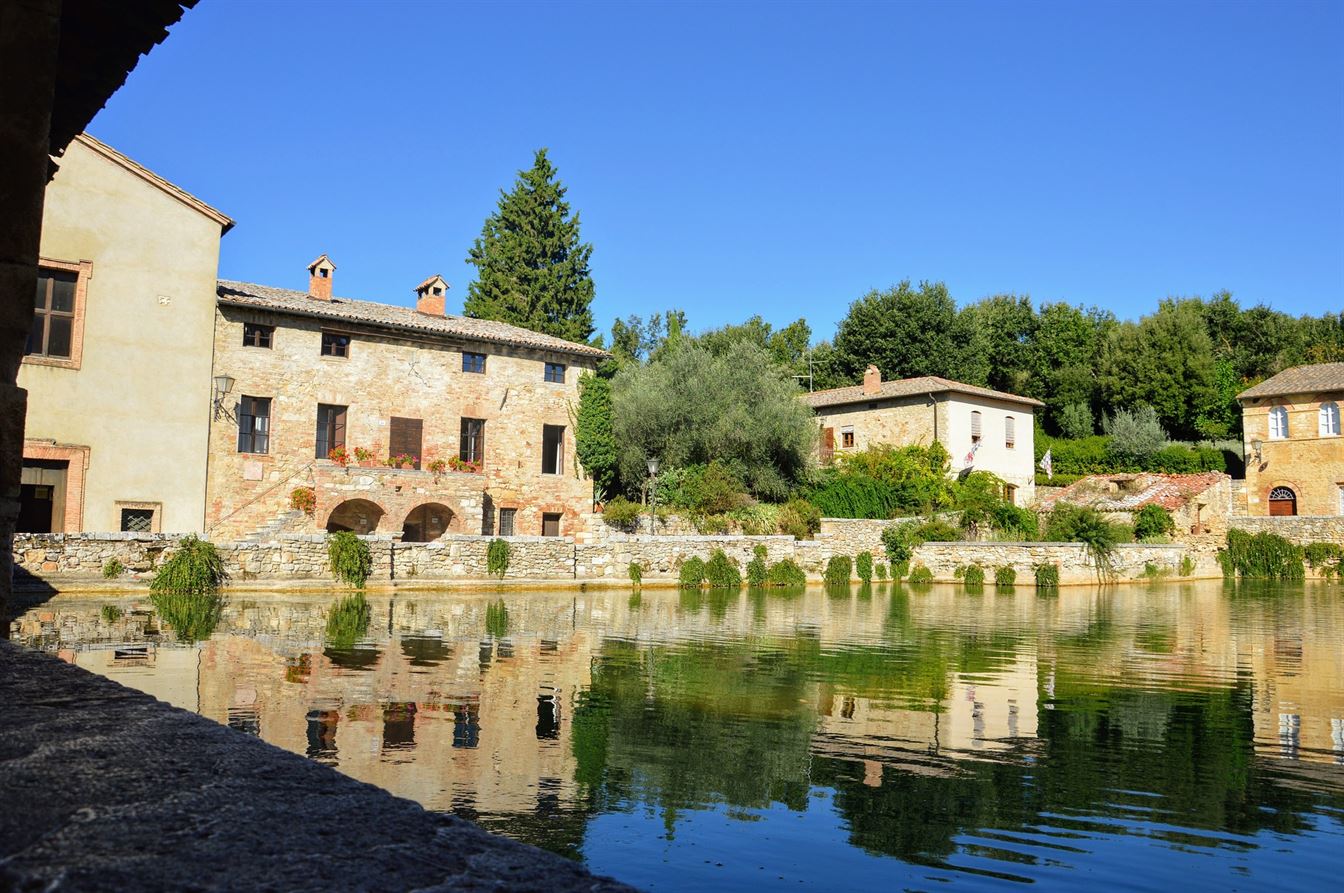 We’ll make us be surrounded by the postcard-like landscape of “Val d’ Orcia”, UNESCO World Heritage Site, which is dotted by medieval villages and castles. The wonderful Siena deserves a careful visit and is one of the basic stopping places along “Francigena Route”. It’s thanks to this strategic way of communication that Siena became an economic, religious and cultural centre in the medieval epoch.

We will visit “crete senesi” and the old abbeys such as Montain Oliveto Abbey and its frescos. We’ll see Bagno Vignoni with its unique in the worldwater square, thermal location since the Roman/Etruscan epoch, frequented along the centuries by celebrities like Santa Caterina da Siena, Pope Pio II and Lorenzo il Magnifico.

We will pass through Pienza, the ideal town of Pio II, and the church of Vitaleta, the most photographed one in Italy, to reach “Pieve di Corsignano” by its exceptional medieval decorations.

Moreover, we’ll have one of the most attracting walks in Valley of Orcia that concerns a temple of wine, the village of Montalcino and its Brunello, also an unbelievable spiritual location, the Abbey of Sant’Antimo.

This tour will like to our palate as well: “Pici all’aglione”, the very known “Pecorino di Pienza” and the precious “Brunello di Montalcino” are just some of the yummy specialities that we will try. 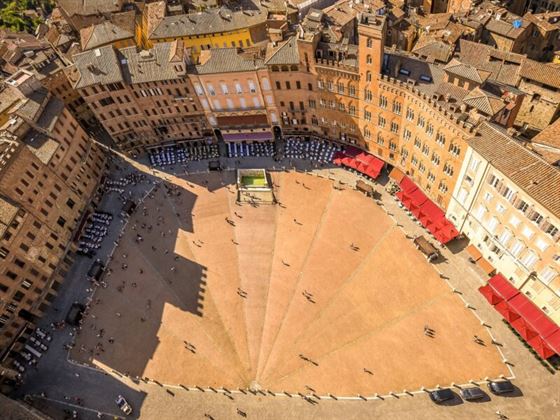 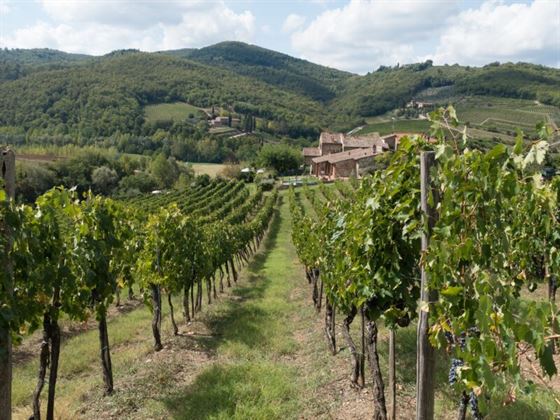 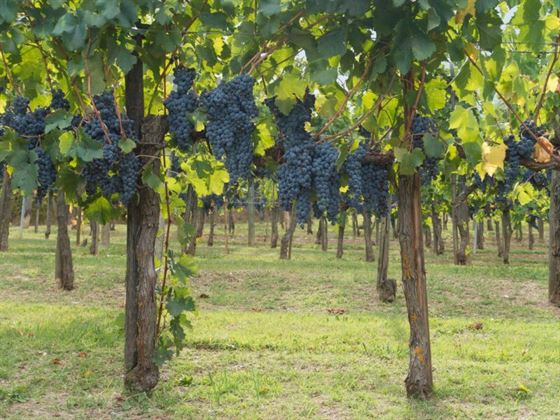 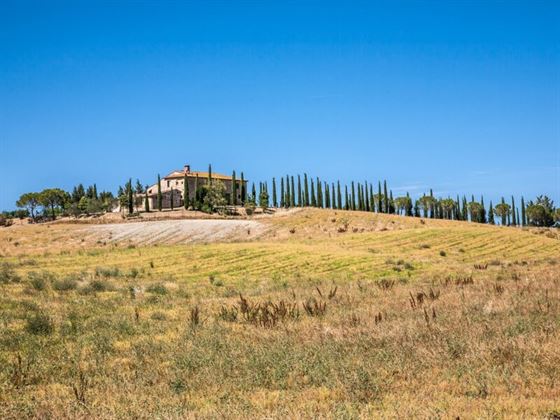 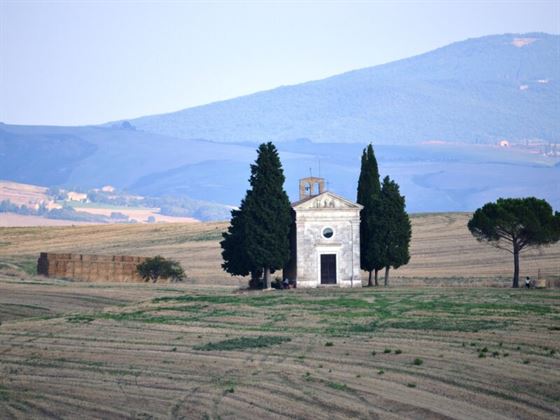 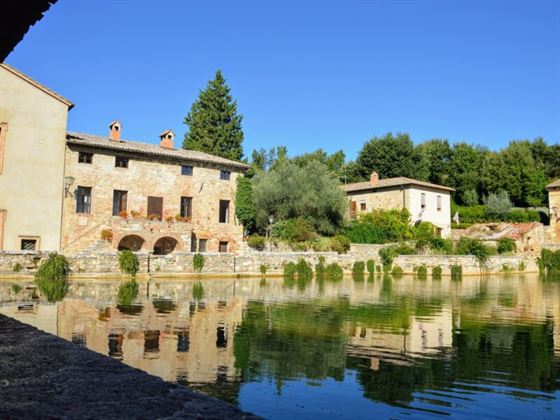 Meeting at Siena train station. With a guide, we will visit the marvellous Siena, chest of medieval jewels and UNESCO World Heritage Site, one of the best stop-over along Francigena Route. We may live the atmosphere of Palio and its quarters, the splendour of the Cathedral and the importanceof “Spedale di Santa Maria della Scala”. Dinner and overnight stay in B&B in Siena.
2

Transfer to Buonconvento, “one of the most beautiful villages of Italy”, built nearby Ombrone river, the second biggest river of Tuscany. We will move to Mountain Oliveto Abbey. We will join an interesting guided tourtothe precious and huge frescos. After, we will walk through the famous “Crete Senesi”,surrounded by clays, lands and villages completely built with unique bricks obtained by them. The erosive creations of gulliesaround the villageof Chiusure are spectacular, as well as the frescos of Sodoma in the big cloister of Mountain Oliveto Abbey, hosting-house of monks. Dinner and overnight stay near Buonconvento.

From Buonconvento we’ll continue on foot to Montalcino, heart of the italian medieval architecture and homeland of precious wines. Dinner and overnight stay in Montalcino.

One of the most beautiful walks in Val d’Orcia, touching Montalcino with its preciuos Brunello wine, and an unbelievable spiritual location, the Abbey of Sant’Antimo. The route twists among vineyards and woods with landscapes’ views on Mt. Amiata. Along the route, we’ll have a tasting of Brunello. Dinner and overnight stay in B&B in Castelnuovo dell’Abate.

We’ll start with the guided tour of Sant’Antimo Abbey. This monastery has Lombard origin and boasts many centuries of history and has got an architecture producedby many artistic influences tightly related to pilgrims fromall overEurope walking alongtheRoad Francigena. From Sant’Antimo we are walking to San Quirico d’Orcia in a landscape that alternates woods and old houses, cultivations and vineyards. Dinner and overnight stay in San Quirico d’Orcia.

We will be winded by the open and sweet landscape of Val d’Orcia, a land dotted by medieval villages and castles. From San Quirico to Bagno Vignoni: spectacular its water square, thermal place since the Roman/Etruscan epoch. At brief distance, in the “Valle dei Mulini”, we may relax with a bath in the natural open-air swimming pool. Dinner and overnight stay near Bagno Vignoni.

From Bagno Vignoni, a charming walking to the wonderful Pienza, the ideal town of Pio II and UNESCO World Heritage Site. We will reach the church of Vitaleta, the most photographed ones in Italy. We will end the day with a visit andtasting in one of the cheese factories where the famous Pecorino di Pienza is produced. Dinner and overnight stay in Pienza.

Our last day starts from the visit of Pienza and the cathedral, called “Domus vitrea” for its brightness and whiteness, close to Piccolomini Palace, where the Pope’s family lived until the half of the last century. We will walk to Monticchiello famous for its famous “Poor Theatre”. The medieval walls and towers completely surround it: the garden will be the perfect location for a picnic. After lunch, trasnfer to Siena. End of our services. Beginners ★★☆☆ 3/4 hours, Lenght 9km, Elevation gain +250m NB: The order of activities and their content can undergo variations by the guide to ensure the safety and good result, in case particular circumstances occur.
9

Physical training level: is this tour fitting you? Read our difficulty code:

Itineraries on road or large track that don’t require specific training or bearing skills. However, it is necessary to don’t have reduced mobility or cardiovascular disease. 200 m maximum gain and 3 h maximum walking (break excluded)

Itineraries on easy to find tracks. They need a minimum of training and equipment. 400 m maximum gain and 4 h maximum walking (break excluded)

Itineraries not well marked. They need a reasonable mountain knowledge and absence of vertigo. Physical training should be appropriate to a full day walking. 600 m maximum gain and more than 5 h walking (break excluded). 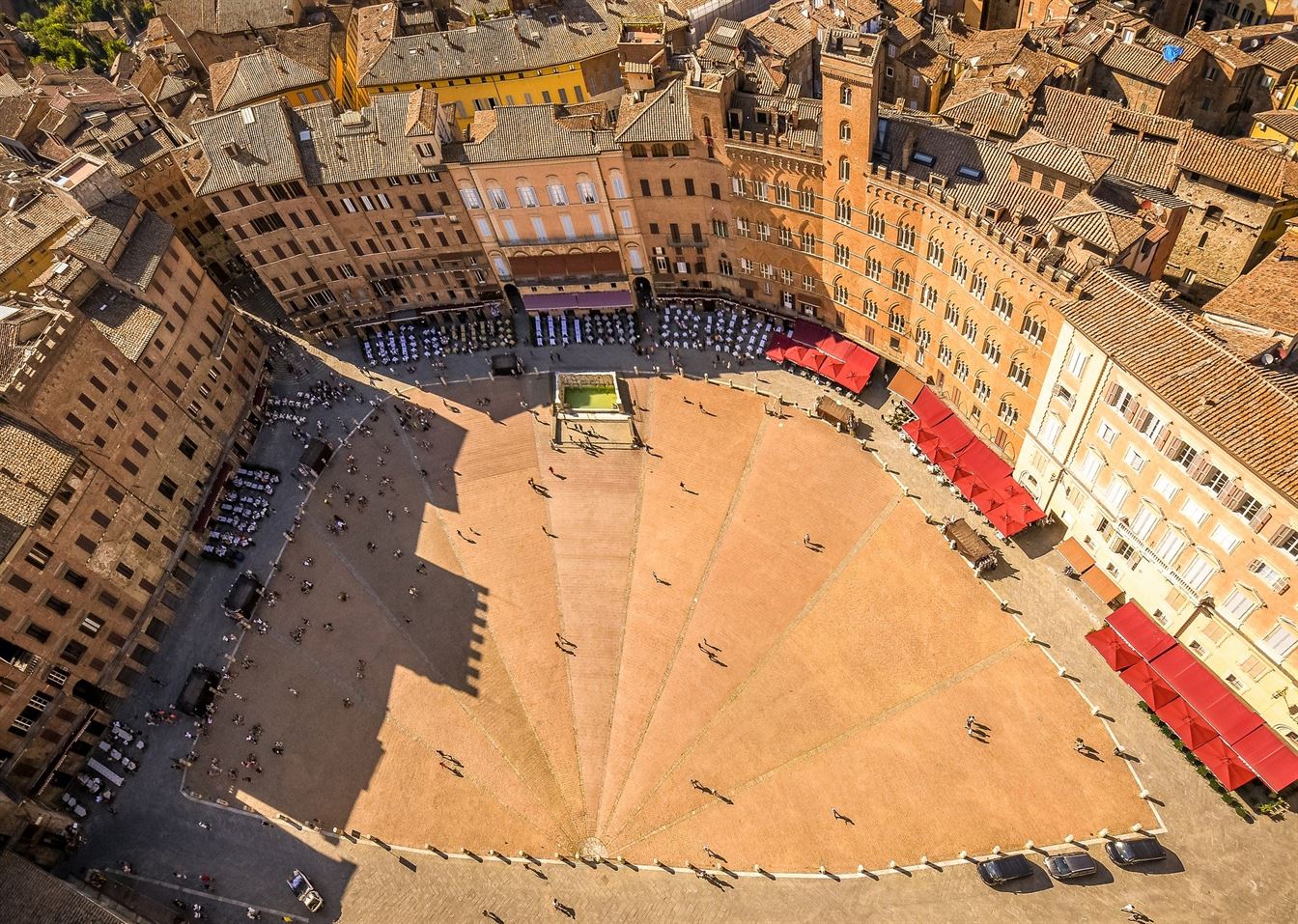 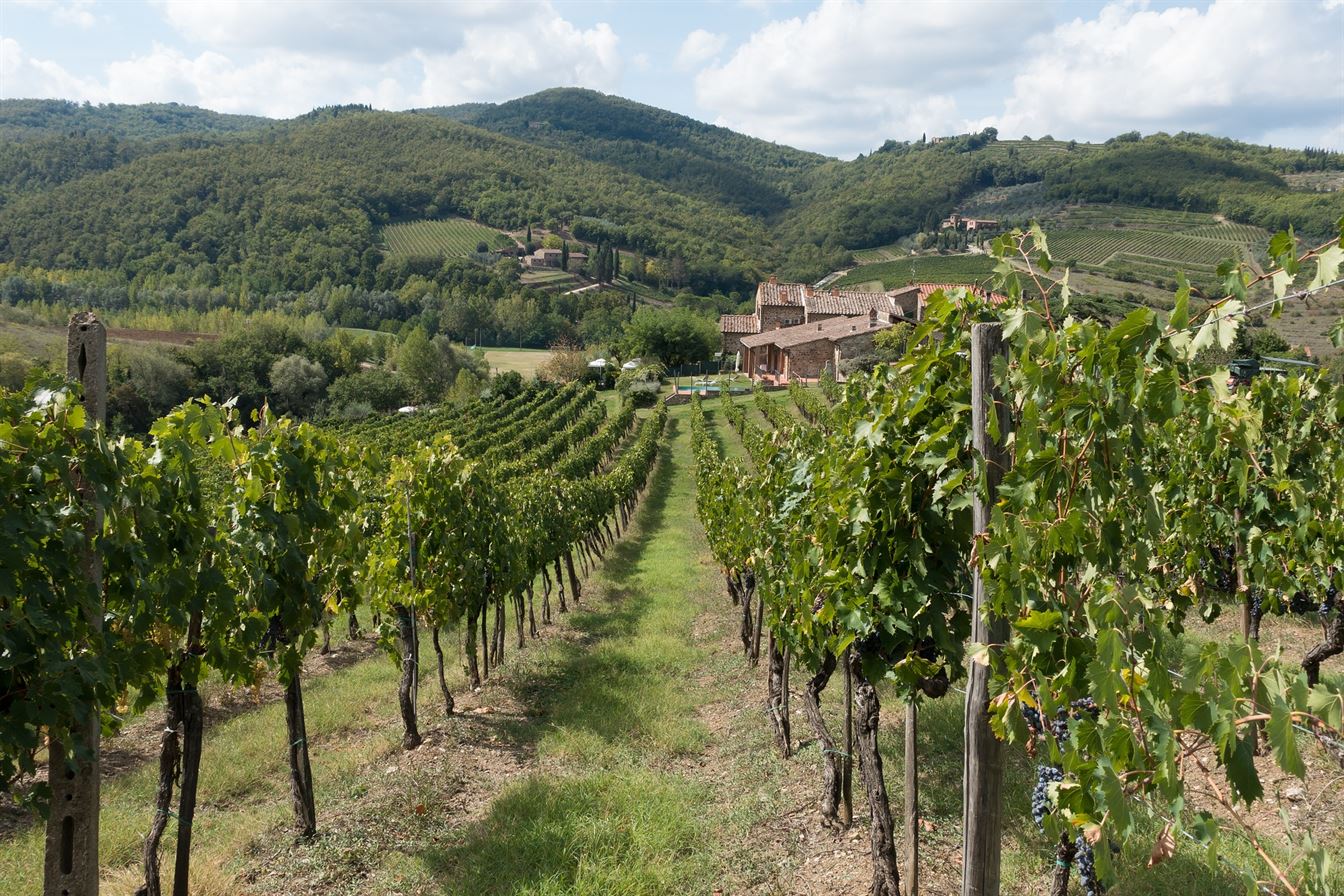 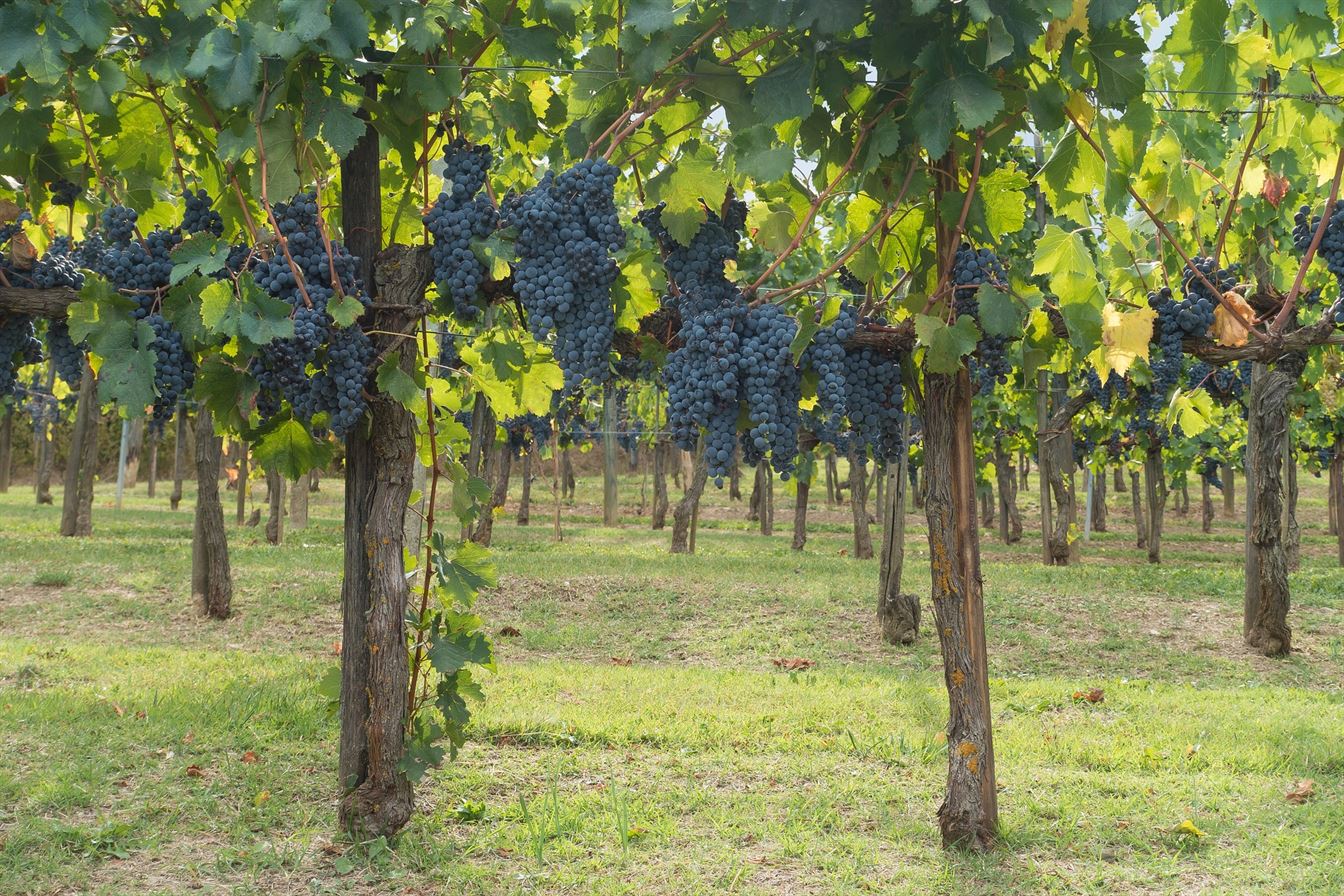 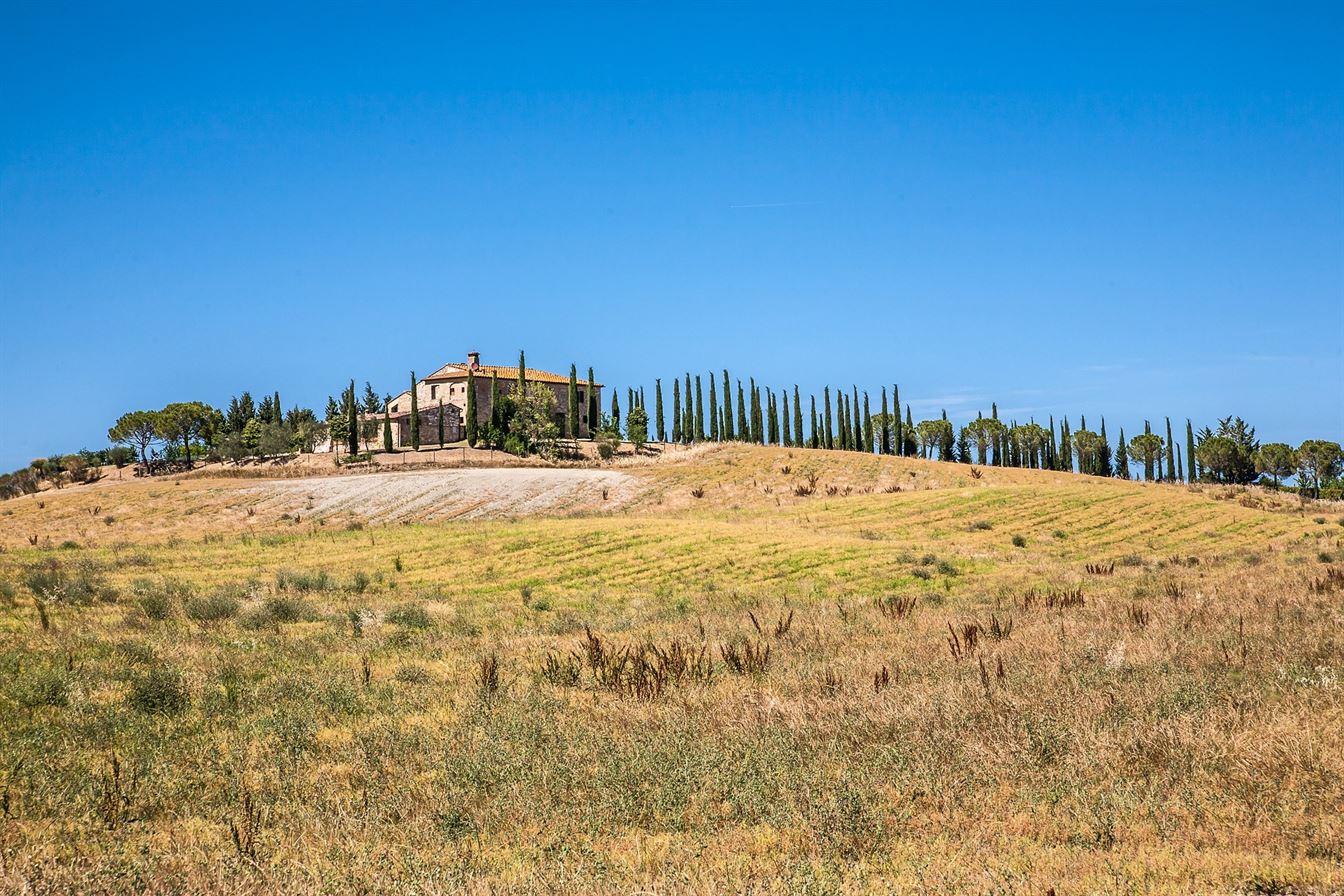 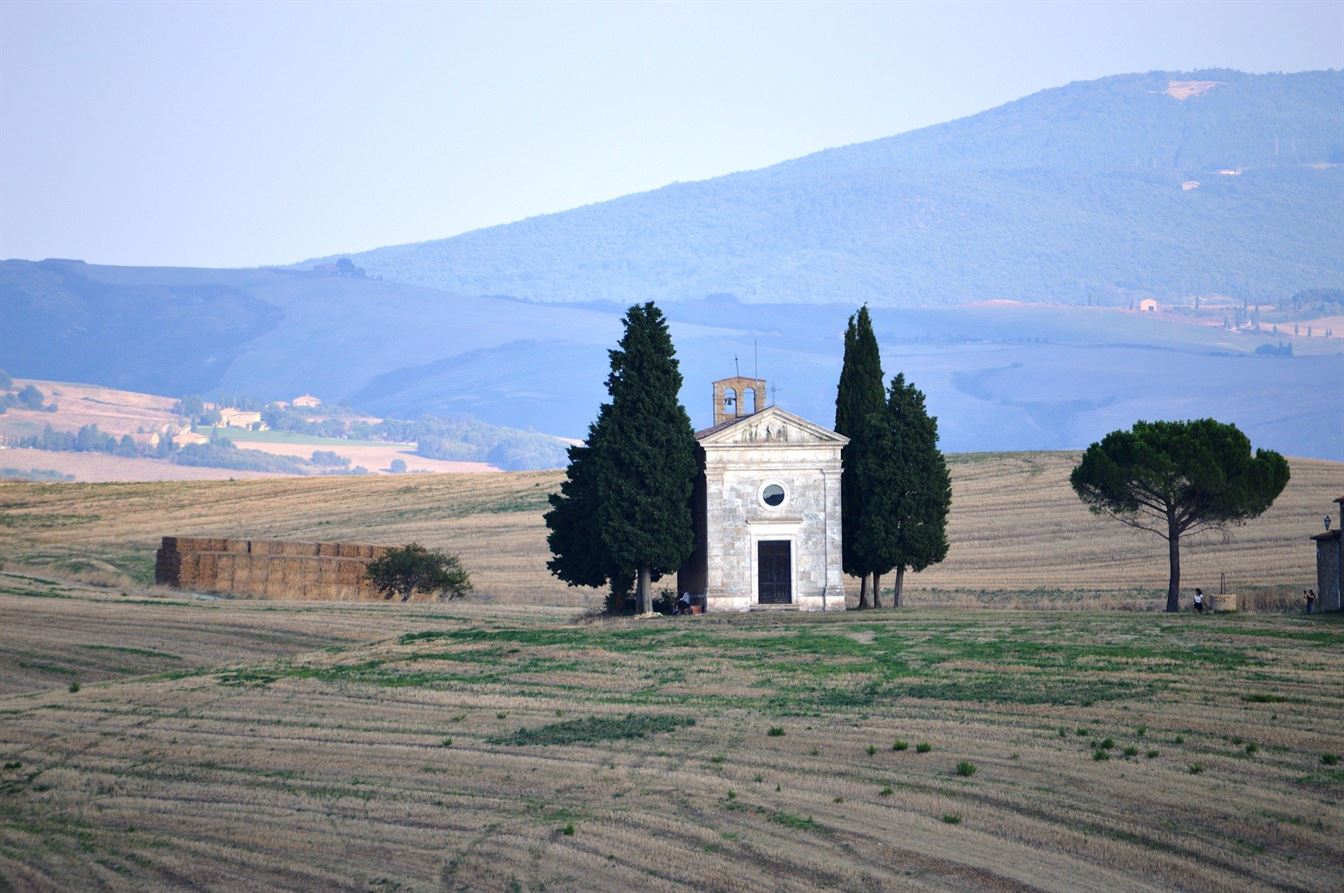 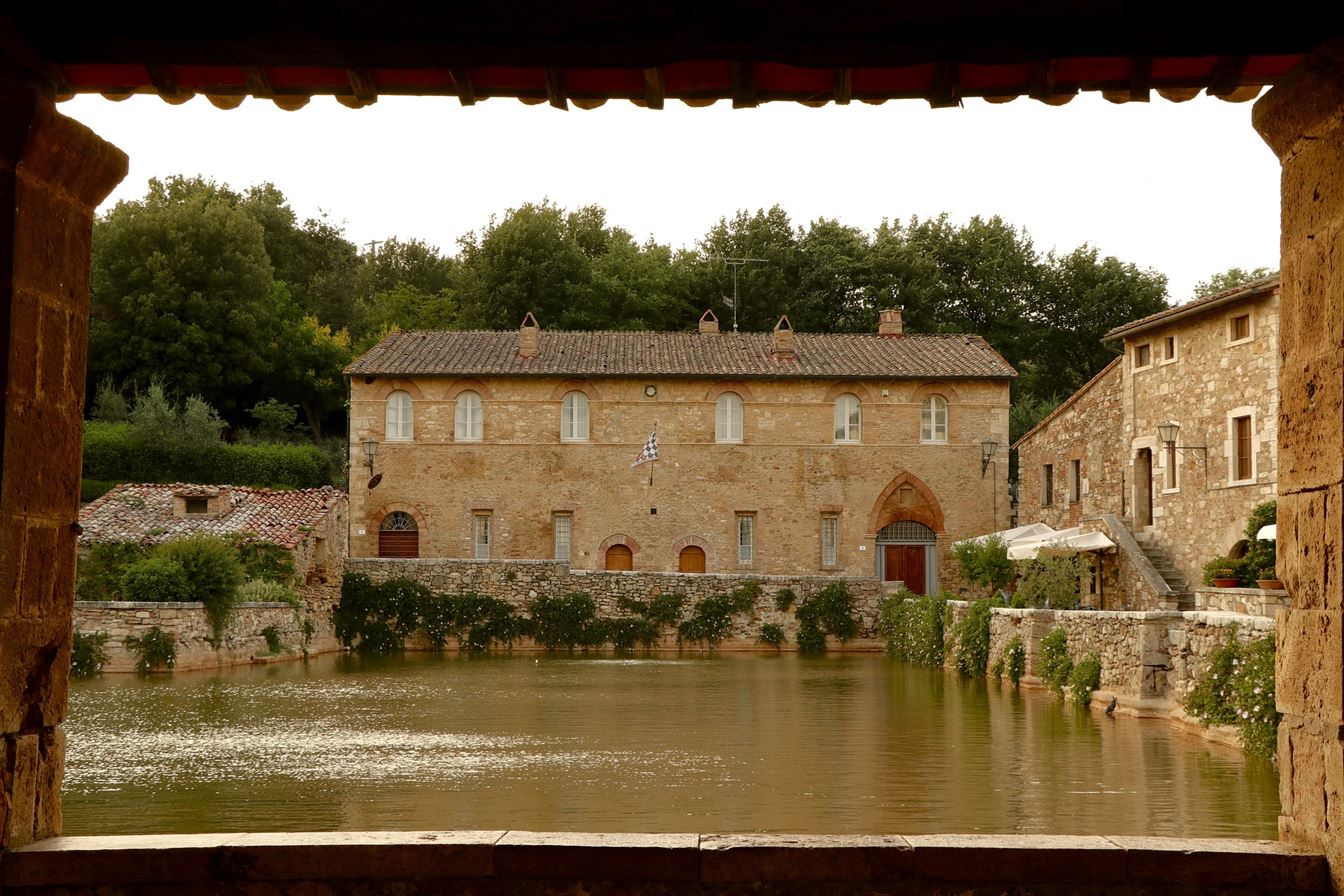 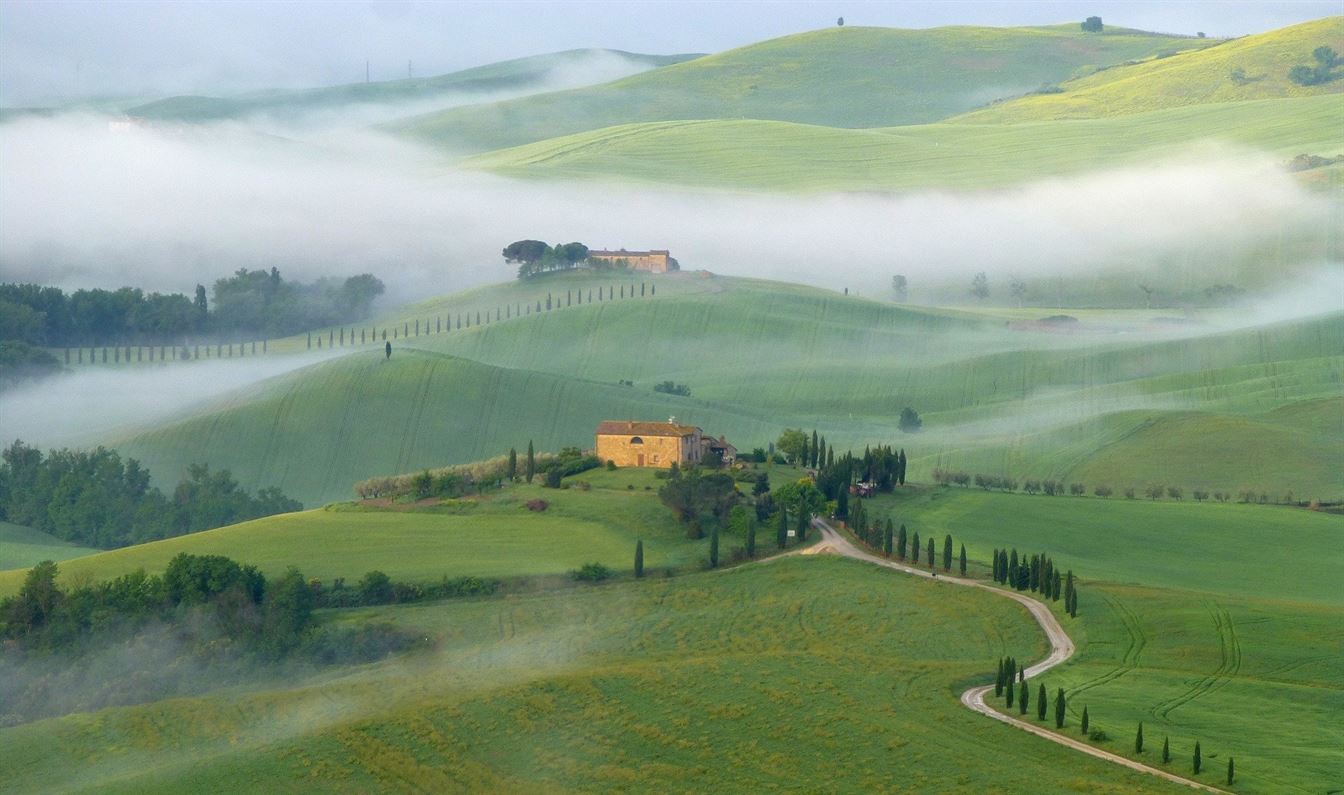 Luggage and backpacks: A good level of physical training is required. We will walk the entire route on foot with a small backpack. Luggages will be moved from one accomodation to the other. Allergies and specific diet: Don’t forget to inform us about your specific dietary need. Last minute request may not be accepted. On the route could be difficult to find detail food like gluten – free. For this reason we higly recommend to bring your own food.

The price does not include

On request, we can activate: BASE Insurance Policy It should be requested together with the tour booking because it has to be issued within 24 hours from the booking confirmation. Payment has to be done together with the deposit specifying on the payment description “Deposit and BASE Insurance Policy”. Alternatively, it is possible to activate the TOP Cancellation Policy with 15 days before the departure.

Same penalty are applied to everybody lacking of valid ID or Passport.